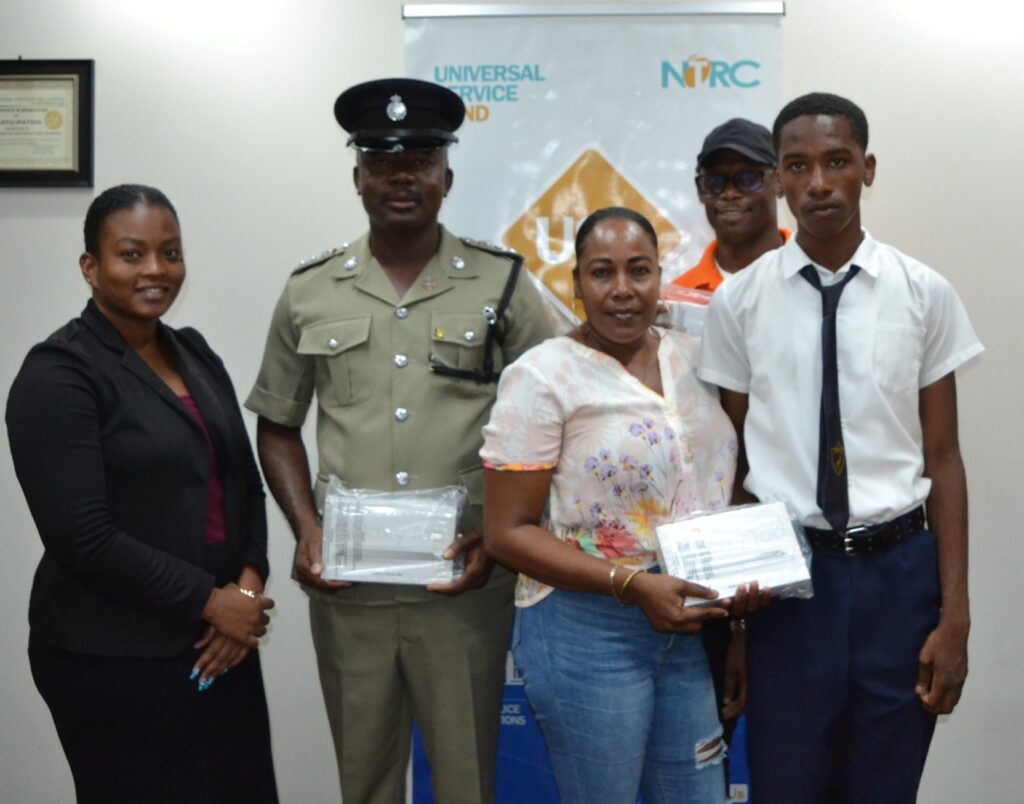 On November 28, 2022, three (3) Samsung Galaxy Tab A7 Lite devices valued at EC$1,494.00 were handed over to the Royal St. Vincent and the Grenadines Police Force Chateaubelair Police Youth Club. The devices were handed over by the NTRC’s Consumer and Public Relations Manager, Ms. Rhea Lewis, and received by ASP Junior Simmons, Sergeant Steven Billy- National Coordinator of Police Youth club, Ms. Daniele Delpesche and student- Mr. AJ Delpesche. The devices were a part of a number of prizes awarded to the participants of the Police Youth Club who participated in a football tournament held from October 15- November 13, 2022, where numerous teams vied for the championship.

This competition was a part of the Youth Club’s mission to make a positive difference mainly through the provision of sporting, training, cultural and educational activities that will assist them in achieving their highest potential. Added to this the activities of the Police Youth Club  hope to enable the Nation’s Youth the opportunity to build comradery while showcasing their football skills and talent in hopes of being scouted for national setups. The NTRC is proud to be a supporter of this initiative